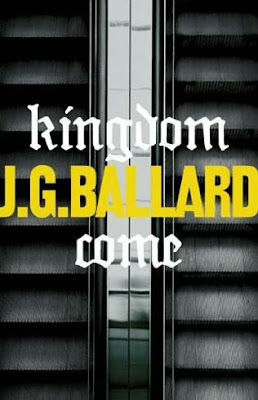 I finally read a book by Ballard when I was on holiday. Unfortunately it was “Kingdom Come”, a book that even his staunchest advocates wouldn’t be up for defending. Interestingly though, while I was reading and mulling over its premise that consumerism and Retail Parks are the cause of all our ills* I was simultaneously experiencing what I can only call gratitude for their existence. When outside is deeply unfamiliar, when you’ve been wholeheartedly ignored trying to buy an arepa in the local joint just round the corner, when you know tourists are likely to be targets and you’re on your own in, by the standards of home, an abysmally dangerous place, suddenly shopping centres seem like a good idea. Here there will be well dressed people politely buying things, here there will be clean toilets, here there will be security guards, here there will be professional staff who will not only not stare straight past you because you’re a Gringo, but will do their best to make sure they understand you, here there will be the recognizable chains you pointedly despise at home but which now seem like old friends, Multiplex cinema set-ups showing comprehensible, time-filling films. In here, all the nasty cultural-political stuff, all that street level stuff about allegiances and enemies stops at the automatic doors. Here all that matters is your money. In an alien, bitterly specific environment these non-spaces, so derided at home, suddenly seem like an oasis. They’re soothing, not just in the state of a-temporal frictionless drift they’re designed to induce, but weirdly restorative. Thank god, here I am, everywhere and nowhere. This feels like home.

A few years ago I was talking to a woman I was staying with in Buenos Aires and having listened to her enumerate the wrangles at the heart of contemporary Argentine life I explained to her with a rather downcast expression and regretful tone that really in the UK we had reached a stage in which there were no ideologies struggling with each other anymore, that we were a management economy, effectively apolitical.

“ Mejor!” she exclaimed, hand in the air. Better!


*Isn’t there a fairly, I would have presumed, UN-Ballardian romanticization of the past as an authentic, organic period of true liberal values and community that consumerism has destroyed going down quite heavily in this book? Begging the question of whether all dystopians aren’t inherently cultural conservatives.
And things have been getting been pretty Ballardian over at K-Punk too, with a truly formidable piece on John Foxx’s “Metamatic”, an album I have never heard but probably soon will. Mark’s piece actually sparked me off thinking about a band I ignored, or only leant half an ear to for years and who I’ve been listening to quite a lot lately. Chrome. 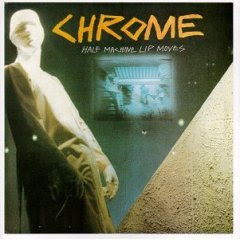 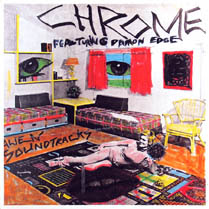 I guess what feels really interesting and exciting in Chrome (like thirty years later!) is the antagonism between Garage Orthodoxy and technology. If Post-punk bleeding into New Romantic was a particularly English moment, the possibility of the creation of a new aristocracy, a new kind of severe dandyism, Chrome’s futurism is resolutely American in the way it is in Suicide and Pere Ubu, the bands which bear the closet relation to them. The new American man here, hybrid of technology and machine will be abject before he is, if ever, Apollonian. A bowery bum with silicone chips leeched into his forehead, a sweating android desperately trying to shuck off its flesh.

The music itself dramatizes this battle between studio technology, voice, synth and three chord rock, enacts the clash between the bedrock authenticity of American culture, the man of flesh and blood sweating over his guitar and the new sets of frictionless, push-button sonic supplements he can strap on. In both “Half machine lip moves” and “Alien soundtracks” jerky cut-ups, echo-effects, slabs of music-concrete and wild stereo pans predominate, loose garage jams or Stooges derived rockathons suddenly assailed by spasms of synth, effects throttled guitar and vocals run backwards, distorted down into a streams of indigent mumbling or inchoate howls. Here the impossible war is being fought out inside the skin of the players. In "Suicide" there is of course Vega’s ghostly Greaser-in-the-machine, the rockabilly rhythms, the iconography, “Ghost Rider,” “Rocket USA”, but Vega is contained by the sound, it’s all around him, Elvis sunk in amber. Chrome are the sound of wires threading veins, silica silting the blood. Technology as a kind of trash, an excrescence, flesh as trash, an encumbrance, in mutual combat. The closets visual analogue to the sound would probably be “Tetsuo: the Iron man,” and its agonistic vision of becoming-machine. 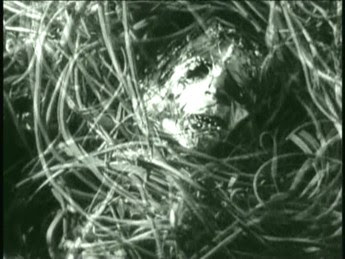 There’s something very odd here. It may simply be that they descend from two different lines of Futurism, the more austere and intellectual European line feeding into Foxx et al while American Futurism is a decidedly more lowbrow affair, ad hoc, folksy, more Gnostic, a cobbling together of Jack Arnold B-Movies, late night Twilight Zones and pulp Sci-Fi (certainly Ubu’s "Avant Garage" idea largely defines that heritage). But still, how is it that within the UK, the country of static class systems, sunk in history and tradition, the dream, or at least the enactment of the dream of a total transformation can occur while in classless America, land of becoming, Authenticity prevails, degrades and mutates all attempts at escape?

Oh, I'd defend Kingdom Come anyway, just not as an introduction. The ideas are good, even if the writing is decidedly creaky.

There's definitely a dubious general fetishisation of mess, insecurity, fear, edginess the picturesque bustling communities which are in fact poor and desperate by bits of the left - you know I'm all for glass, sterility, warmth, abundance, just not quite in the supermarket sense.

Nonetheless, I shall see you in Trafalgar Rd's Tesco Express!

Carl I think between capitalism and socialism, EVERYONE has a bigger dick than you!

With compliments from the Parody Center